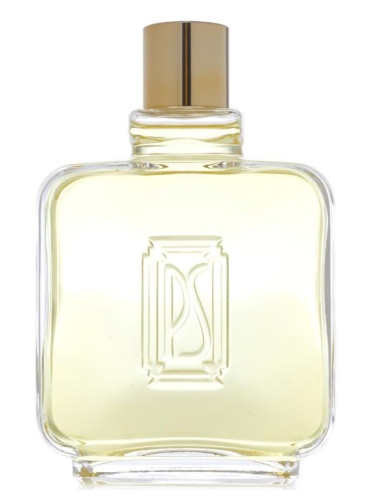 This question was  asked recently on a Basenotes.net thread (and it’s possible that the most recent formulations are similar, for all I know):

While these two fragrances (I’m assuming the original formulations) are “in the same ballpark,” I don’t think of them as especially similar.  Putting aside note articulation (which is much better in the Guerlain, for the dominant notes), PS is simpler and cruder.  However, the notes in PS are also in Heritage, except for myrrh.  Those are (taken from Parfumo.net):

However, Fragrantica lists the notes as:

The notes for Heritage, from Fragrantica.com, are:

So, it  certainly doesn’t suggest a “newbie nose” if you were to perceive the two as similar. For me, Heritage is a complex sandalwood scent, whereas PS is more about myrrh, and the blending is quite different.  I decided to wear PS in order to contribute to the thread, and it struck me as being most similar to Third Man Caron.  Basenotes has the notes for that one as:

Again, I’d say PS is simpler and cruder, though Third Man is also less articulated than Heritage, which is perhaps why it seemed more similar to me. I don’t remember smelling any anise in Third Man; otherwise, I’d likely perceive it quite a bit differently.  Others have said it’s like the Eau de Parfum version of Old Spice, and yes, that also makes sense (but it doesn’t seem to be as spicy).  The great thing about PS is that you can still obtain a “vintage” formulation for low cost, at least on ebay (unlike vintage Heritage and Third Man), so it’s worth considering (and it’s not exactly like Third Man).    However, some have complained that the new formulation by EA Fragrances is too weak or in some other way quite bad, so you can look for the FFI/French Fragrances, Inc. version or the earlier Paul Sebastian, Inc. one.  I’ve seen some on ebay recently and the label on the bottom of the bottle reads:

or something similar, and there should also be a batch code stamped over some of that text (four digits seems common).  Now if you are afraid of wearing an “old man” scent, you probably won’t like it.  The first hour or so is a bit chaotic for my tastes, but it does come together and and I like the myrrh note in particular.  To me, it’s the kind of scent worth buying if you can find vintage at a low price because you may come to enjoy it even if you don’t like it initially (which is my experience).  And with vintage prices rising, it may be a good “investment” if you decide you just can’t wear it, for whatever reason.  Another idea is to try the vintage aftershave, which may be weaker or a bit different.

PS does feel a bit like an “amateur effort” to me, due to how it’s blended to come across as one major accord, but I have no problem with that, so long as it’s enjoyable.  Is it really such an effort?  The “story” is that PS was “a potion [Leonard Paul] Cuozzo had been improving for over a decade together with New York perfumer Fritzsche Dodge:”

It would be interesting to hear what Dodge has to say, but is this a person or a company?  There is some information here that suggests the latter:

Overall, it sounds like a “right place, right time” type of story, but my main point is that PS is a scent like Stetson, in that it seems to often get dismissed out of hand as being “drug store dreck,” which in the case of PS is ironic, because their marketing strategy was to cultivate an “upscale” image.  However, the reality is that in at least “vintage” formulation, it’s not only “high quality” compared to today’s designers (and perhaps most niche at this point) but is very strong, so that a four ounce bottle of the “fine cologne” might last you many years!  And while the first couple of hours might be rather crude and simple compared to the vintage greats, the drydown definitely holds its own, and for me it’s just a matter of personal preferences at that point.

I’ve never liked Caron Pour un Homme, even in vintage formulation, which feels too unbalanced (with searing lavender), and I view PS as a “step up,” but I’d say that PS even fares well against Bois du Portugal, which is smoother but rather simple.  There are quite a few vintage scents in this same “ballpark,” so it’s a matter of personal taste, but PS should not be discounted in any way (at least in vintage formulation).  This could certainly be a niche scent today, though most don’t smell as natural as PS, the major “problem”  being associations with fragrances that are reminiscent of older male relatives.  I view PS in a “glass half full” way, that is, the great advantage of it for the aficionado is that it is similar to so many others, some of which being very expensive, so you can just go on ebay, do a little research, get a great deal on vintage PS, and then you are “set” for this type of scent.  Another example is Sartorial by Penhaligon’s, which from what I remember is also rather similar!

UPDATE:  I came upon an 8 ounce splash PS Fine Cologne bottle.  The box said French Fragrances, Inc. (with the “short list of ingredients”), but the label on the bottom of the bottle said Paul Sebastian, Inc.