Is it time to “call it quits?” 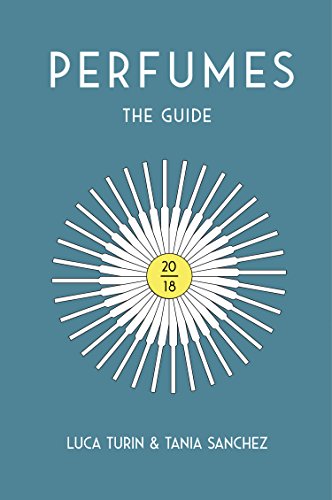 I came upon a thread in the General forum at Basenotes.net, which was about the new Perfume Guide book by Luca Turin and Tania Sanchez.  You can find it here:

I then went to Amazon to see if there was a preview for it, and sure enough, it was quite good, even including many of the “A” fragrance reviews!  I read what was there, thinking that I’d likely buy the book (the Kindle version, which might be the only one, is $9.99), but as I read something coalesced in my mind.  Turin seems to think (at least this is what I’d guess, and agree with) that what has happened over the last roughly ten years is that enough people got tired of mainstream offerings, which became minor variations on a small number of themes, and so turned to niche, which then itself largely did the same thing.  A couple of things I’d say about this are that vintage fragrances often were similar to older, popular ones, and that while reformulations are often bad (as he stated), it’s still easy to get most of them at reasonable prices if you possess just a bit of patience!  Furthermore, there’s a lot more information now about how to identify a vintage bottle.

He more or less dismissed the great vintage masculines (especially those of the late 1970s to early 1990s) in their 2008 book, but didn’t explain why (at least to my satisfaction).  And in this 2018 book, he seems to be suggesting that now it’s highly likely you’ll get a bad reformulation if you go that route.  Obviously, if you started collecting them after you read the first book, you’d have quite a few that you obtained at very good prices, just like I did!  Turin then says that despite the lamentable state of things, there are still some perfumers providing us with fragrances that should be regarded as special.  Unfortunately, I have yet to encounter any of these, and I think the issue may be one of “artistry.”  Turin clearly believes in it, but to me, while I may really enjoy a scent for a short while (even one from the dollar store), it’s just going to register as “wear it once in a while” at some point in the near future, if it doesn’t rate even lower.  I’d rather just smell a new scent on a piece of paper, so that I’m not “stuck” with it for hours, and instead I’m usually content with a fragrance that has an obvious vanilla or amber note in the base, with just enough of something else to keep it from being too boring.  Moreover, I don’t seem to share his taste a good portion of the time in any case.

I guess it’s almost like a distraction to me these days, and what’s more, my sensitivity has been low for quite a while now, so I often don’t get much more than the top notes.  Even a powerful Jacques Bogart scent seems of just moderate strength.  Then, as I was reading through the reviews, I was thinking that there aren’t any fragrances that interest me!  If you told me you’d send me a sample of half of them, I wouldn’t want to waste the time reading about them!  The reason is that I just don’t care if a fragrance is a slightly different take on oud, oud/rose, leather, iris, gourmand, sandalwood, etc.  I’ve got so many bottles that I can’t even remember everything I’ve got, let alone try to figure out what I should wear on a given day!  Usually, something just pops into my mind and I decide to reach for this or that bottle.  I decided to write up a response to the BN post, which was:

I got involved in this hobby just before the first “Guide” was published, and a lot has changed for me, one of which is my thoughts about these olfactory concoctions. Back then, I got a copy of the book a couple of months after it was published (still have it), and read it within a few days. There was still so much to learn. Not long thereafter I developed chemical sensitivity and couldn’t go near anything with lavender in it. That lasted a few months before normality returned, and I was able to detect more and more notes. Since then, I’ve gotten involved in other pursuits and my sensitivity is rather low. I can appreciate Fahrenheit as well as traditional cologne type compositions now (unlike back then), but in general I don’t find the same enjoyment I did for those first several years, at least on most days.

And I’m just as happy wearing a cheap knockoff (that’s well done) as the “real thing.” When I read the free preview (at Amazon) of the new book by LT and TS, it was not a trip down memory lane. Most of the fragrances I had never heard of, and I didn’t have any interest in trying any of them. What’s worse, I really didn’t care what was said. What hasn’t been done? Or what has been done (and not yet sampled), but I don’t think I’d enjoy? When I decide what to wear (and once in a while I don’t use any!), there’s plenty to choose from. Sometimes I can’t even find the bottle! I still do some blind buying and swapping if the deal is too good to pass up, but I can’t say there’s any scent I’d really like to acquire. In fact, if someone offered me enough, I’d sell my entire collection tomorrow (I’d keep some “cheapos”). I’m glad to see that the magic is still there for a lot of people, but on some level I’m glad I don’t spend as much time thinking about this stuff any more!

In an introductory chapter, Sanchez tells us that celebrity fragrances are “effectively over,” but what does that even mean?  She tells us that sales are slipping, but people who read their book probably don’t care.  They either don’t wear fragrances marketed this way or, like me, they buy what they think they will like (or were able to sample, and liked).  And there is no discussion of layering, from what I understand (I think it might have been mentioned in the 2008 book), which is a way to deal with low sensitivity (for me).  If there’s a new scent with a unique combination of notes, guess what?  I can usually figure out a layering combination that is close enough for me (such as Born Wild Men or vintage Pasah layered with Red Sea by Micallef instead of Viking by Creed, which I prefer to the Creed, actually).

So, while I agree with some of what they say, I do think that they don’t distinguish between the different kinds of people who do much thinking about these olfactory concoctions.  I don’t remember reading anything about the effect Youtube reviewers have had, for example  At least they could mention that they don’t watch any and have no idea, if that’s the case.  It is mentioned that they have sampled thousands of fragrances since the first book was published, and as at that time, it seems to me that if you do that and do it competently, you wouldn’t have any time to enjoy your favorite ones!  Could it be that they find so much blandness because they don’t give many or even most of the fragrances they sample enough time to show what they can do over the course of hours?  It’s easy to dismiss a scent as “crude” if you just smell some rather strong and obvious top notes, but perhaps a few hours later things have really come together and it smells considerably better.  “Cheapos” often have this quality.

I’m not sure what this all means to this blog.  I think I’ll have enough motivation to  write up a post or two per month, but I’m not sure about the content.  I feel that I’ve explored as much as I want to, or perhaps 95% or more.  Will that other 5% or so be enough to sustain this blog?  If I don’t sell most of my collection in the near future, I should be able to write posts on just my reassessments for a long time to come, and I still have more than a few samples that I have yet to try!  So, I think the blog will keep going, but I wonder how much enthusiasm will exist, and whether it will be obvious to readers that there’s not much remaining, if that continues to be the case.  At least I often perceive the scent in at least a slightly different way than the prior wearing, but it’s also common for me to like it less than I did before.  One good thing is that I’m not spending much, even though I had mostly been buying $25 or cheaper bottles, and most of them were probably sub-$15!

Over at the NST blog, there’s a recent example of what I’m referring to, in Anela’s review of Musc Encensé by Aedes de Venustas:

Musc Encensé might be a non-musk musk. Me, I smelled a comfortable, warm musk like Coty Vanilla Musk, but much less sticky and thick…

How about incense? Any incense in Musc Encensé is subtle and not sharp or dank…

All in all, Musc Encensé is the ideal fragrance for someone who wants a warm, delicious, non-intrusive background scent to toss on. It doesn’t make a statement. It doesn’t demand attention — or detract from it. True, Musc Encensé might not break new ground.

The best part?  It’s “only” $245 for 100 ml!  Seriously, the industry has gone off the rails on the crazy train.  Why would anyone have any interest in such a fragrance who has at least a bit of experience with niche?  It seems like Angela is trying to make it sound better than I probably would, especially after all the excellent incense and musk fragrance releases in the last decade or so (most of which cost a lot less, such as the Molinard Musc that cost me $12/100 ml a couple years ago).  But what impression is she trying to give the reader?  Why not say something like, “this is a good scent for someone who wants to try niche out for the first time but probably won’t enjoy anything too edgy, and who is rich?”  She says it’s for someone “who wants a warm, delicious, non-intrusive background scent to toss on,” but how many such people exist?  Yes, I agree there are quite a few who will buy a scent like this, but not at $245 for 100 ml, or even $100.  Is Angela rich?  Perhaps she should tell us that she can go around buying these kinds of fragrances the way I buy dollar store scents, if that’s the case, and then it would make a lot more sense, IMO.

Filed under The basics.